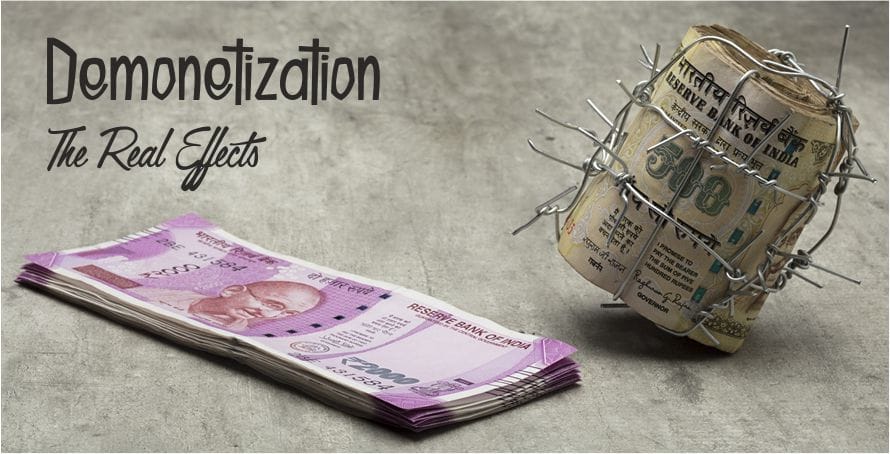 Prime Minister Narendra Modi, on the eve of 8th November 2016, ceased legal tender from the higher denomination notes. The country lost almost 86% of its monetary base to the move called demonetization. The move, as explained by our honorable PM, was to curb the black money from Indian economy. Some people opine that it is the best move taken by the Modi government; others are calling it the biggest scam of the year.

While these debates would continue to echo for a long time, the question that arises for a common man is, ‘what would be its effect on the employment sector?’ ‘Would this cause job loss or would it lead to more employment opportunities for them?’

Indian market does not comprise of a single sector but instead is a mesh of various sectors. Every sector has been exclusively affected by this move; while some have seen job cuts, others have seen an increase in the employment rate. Let’s have a look at employment opportunity of each sector.

The poor, working in unorganized sectors, are said to be most affected by the demonetization move. A major portion of the lower strata population is daily wage earners who are paid in cash. The move to cease the legal tender from the higher currency notes would be a big disadvantage for these people. Unorganized industries that hired these employees and paid them in cash at the end of the day are now reluctant to hire them. More than 86% of India’s employed population works in the unorganized sector. A majority of them would be left unemployed for a long period of time until the currency circulation gains pace.

Middle-class men, working in small-scale industries, who have salaried accounts, have not been much affected by the note ban. However, there are thousands and lakhs of employees who get their income in hard cash. Their situation is critical in this time. Companies that pay salary in cash to their employees are cutting short the number to save the currency. Other organizations are now incorporating electronic mediums to transfer the salary. This is a positive sign for those who were exploited and underpaid but still a threat to job continuation keeps hovering overhead.

Many of the manufacturing companies are hard hit by the demonetization. Machinery and large equipment that were earlier purchased using cash have now seen a turndown. The employees working in these industries are in the risk-zone of getting their employment snatched at any time due to low revenues. Many other industries may cut down their manpower to balance the cash crunch that is brought by PM Narendra Modi’s demonetization move.

Demonetization has become a hot topic of debate among the masses. The money that Indian government has planned to fetch from the black money, which is estimated to be around 9 lakh crores, would be used to increase the employment opportunities in the country. The banking sector has seen an increased demand in the number of bank employees due to excessive banking needs. Those working in the tax department or as charted accountants are also in great demand due to this move as people want to get their money valued and audited.

One of the hardest sectors due to demonetization is the retail market. The cash crunch has led to lower sale and income which has led the retailers to terminate various employees that work under them. People working in kirana shops, jewelry shops and other retail shops are said to be left unemployed even after forty days of the demonetization move. Vendors, domestic labors and other self-employed people are also facing a hard time as people don’t have the cash to pay them for their meager work.

Sectors like real estate and many others have seen a tremendous downfall due to demonetization which has caused property agents to sit at home for quite a long time now. However, the black money that would be extracted from the corrupt people would be used by the government in the infrastructure development, thus increasing job opportunities in the long run. Having discussed that, all we can do is wait for a quarter or half of the year to have a clear insight on the effects of demonetization on India’s employment.