Tips on Asking for a Promotion 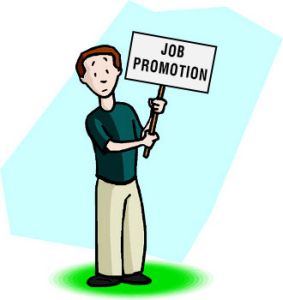 No one wants to be stagnant on the position they are working. Appraisals and promotion is mandatory so as to boost an employer's moral. For all those who wish to gain a better position at work, the main question that haunts them is 'Should I ask for promotion?'

It becomes important to question yourself about the right time to ask for promotion. Why? Because it may or not go in your favor. You need to ponder upon various factors before posing this question in front of your boss. Following are the things that need to be considered before hand:

A vacant position in the office: This is very important as until there will be no free position; the chances of you being promoted are very less. So, first enquire about the vacancy and then only proceed.

Your intensions: Before asking for a job promotion you must be clear about your intentions or what is your next move?

It is advised to garner some useful information of the supervisor or manager with whom you are going to have the conversation.

Your sole motive should be to present yourself as an ideal employee. A company promotes only those whom they think are capable and useful for the growth of the company.

Thus our write up must have provided you with the key factors that need consideration before asking for a promotion. Taking a note of the above mentioned and following them will let you attain promotion that you long for.