Job interviews constitute the most significant moment of your life in terms of planning your career. The term job interview itself is eloquent and says about the involvement of at least two people-the interviewer 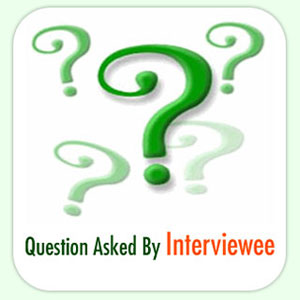 and the interviewee. Again, in job interviews it is a preconceived notion that the person occupying the seat of interviewee is placed on tenterhooks and should possess the answers to all sorts of questions pelted at him by the interviewer. Herein lies the twist in the equation and one crucial question at the end of the interview by the job seeker can help him sum up the outcome of the whole interview.

Pre-assumptions about outcome should be avoided

Most of the time candidates take polite conversation or cordiality as a confirmation or a favorable vote. Such pre-assumptions can lead to misconceptions that everything went well with a hope for the next steps in the process. But when these hopes do not materialize and time drags on, the process of second-guessing the interview begins. This gives rise to a frustrating process of trying to figure out what went wrong in the interview. It is often seen that job seekers hardly ask a question that gives them a direct feedback of how they have fared in the interview in real time. But putting forward one crucial question provides a great help to the interviewees to analyze their performance.

Here is the million dollar question

"Mr. Manager, is there anything I said today or anything in my background that you find objectionable that can prevent you from approving me for this position? In case there is something, can I at least be given a chance to talk about it while I'm here today?"

Though this question may often lead to misconceptions, since a job interview is basically a selling situation; ferrying out the outcome right from the horse's mouth is the best thing you can do near the end of the job interview. This query will effectively trap the manager if he is hiding something which will become obvious from his facial expressions or hesitation. In case the outcome is in your favor, the answer will be quick and positive. The question will also generate comments from the interviewer, which can assist you in probing for clarification, outweigh a weakness or clarify a previous comment.

Asking this significant question with courage displays maturity and communication capacity even when the issue is sensitive or negative. A positive and quick answer signifies that you have done well in the interview and may have qualified. Other answers will aid you in doing better next time. In either case, you come out a winner in acquiring your status for a parti
cular job interview and charting out your next course of action accordingly.